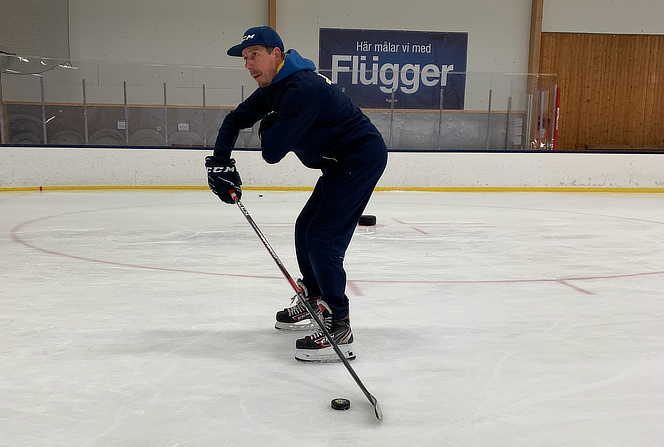 What is the status of Swedish hockey?

Is Swedish hockey in a positive or negative development path? Is there an honest, open and curious debate about where we are?

If you ask me, the development right now is not positive and these areas are examples of an issue that is of course complex and there are lots of perspectives on:

Our representative teams Tre Kronor, Damkronorna, the junior national teams have a development that is negatively sloping. My feeling is that it will continue for the next few years and it must get worse before it can get better…

We have more players than ever in the NHL but we do not have the edge we have historically had. We are good but few are the best…

We have an alignment in the 2 highest divisions where there is a focus on pressure, aggression and things are done at such a high speed that the players are not able to handle it and much of the creativity has disappeared. The most creative Swedish players are approaching 30 and are becoming fewer and fewer…

The big question is why it looks like this! And like so many things, there is not one answer to this big and complex question, but here you have a number of perspectives that I think are extremely important and that are parts that are absolutely central to our educational philosophy.

An inspiring and encouraging leadership

A young person's brain is bubbling with creativity and curiosity to try, test and succeed in doing the cool things you see around you. It can be the perfect fake, to shoot in the crossbar, too dare to hold the puck even though you are surrounded by opponents. This whole process is based on all steps in the process being supported so that we can build brave, creative and driven hockey players who love to develop. Examples of steps are:

Unfortunately, many Coaches short-circuit this process already in step 2. Where the young player is criticized / scolded for trying and failing. Where the player would instead have received positive reinforcement for the courage it shows together with concrete tips on how to think next time to succeed. It's not about not teaching the players time and place for different things, but we as Coaches for young players must show the same courage and realize that over time, the player with your support will learn to balance what, when and how.

But if we kill the process by reinforcing the negative, we have removed a large part of a player's drive and creativity, it is devastating.

Game leadership that focuses on development

Unfortunately, we lack a clear definition of what it means to be development-oriented in ice hockey. Many who believe that they focus on development do not understand the whole that our leadership must contain in order for development to be the most prioritized. The paradox is also that many people think that there is a conflict between results and development, but that is completely wrong. If we have the most efficient development over time, we will also win the most games. Not directly but over time without a doubt, and quite frankly, it is not very long we need to show courage and loyalty. If we do things right from the start and are consistent, the results will come quickly.

The right training at the right time

We understand that the process of building a hockey player is long, takes time and requires patience. We understand the importance of focusing on basics when we are young, the first 3 years it is spelled skating, skating and more skating. We combine it with mobility, motor skills and coordination outside the ice. We understand the importance of training more broadly as the players move less naturally through playing. We build the toolbox of skills step by step, with patience and in the right order. Our goal is to create a large and deep toolbox where the player uses different tools to solve the situations that arise.

We build on with individual tactics, how we use skills in the most effective way. How we become an effective hockey player. Over time when the players become older youth players, we build on with knowledge of tactics to be able to meet different types of strategies.

But we are extremely careful not to limit our players at a young age, to control them and inhibit their creativity and need to learn to adapt to different situations and find different solutions. We understand that it is an important part of the end product that we have created a brain and skills that allow us to handle all types of situations as they arise, not based on a ready-made tactical plan.

The courage required of us as coaches and leaders is to stick to the right path even though we will occasionally meet teams / other coaches who take shortcuts. Who in the short term can win games by tactically teasing young players. However, we know that over time our development will be greater and when both skills and tactical knowledge are required, we will win, every time.

What distinguishes the ultimate elite from players who, from a divisive perspective, are almost as good is in many cases the elite player's brain. The ability to make quick decisions, collect large amounts of data and process it in real time. A brain that is trained to solve it in each situation based on the situation and not a set pattern. A brain that breaks patterns, sees different solutions, different angles, that sees openings where others see that it is closed.

A little carelessly, we throw ourselves with the fact that game understanding is something you have or do not have. Of course, there are genetic bases, some have more and others less. But being able to train our muscle the brain we can do in the same way as a thigh muscle or a biceps. But do we really do it…

Do we create exercises where it is not entirely predictable where I will go, where I will pass, when I will shoot. What about the large volume of flow drills, what do they really add? Here we must dare to challenge ourselves and the players to create exercises where the player must be adaptive, where not everything is obvious. This is of course in relation to the players' skills, we can not start with this before the basics are in place, simply because the level will be too difficult.

Here we can also throw in all the "experts" who say stop dribbling cones and just have fun and play small area games and everyone will be a good hockey player. As in many other discussions where people think and feel differently, these experts are black / white and mostly just loud. The truth is that it is neither or but both.

Setting technical foundations is a prerequisite for becoming a hockey player at the highest level. The technical basics can be compared to the body of a sports car, you can not have a Citroen body with a Ferrari engine, it will still be a car that is slow. Everything in the body must sit together, skating, puck control, passing / receiving, shooting, etc.

In addition, we must have a Ferrari engine, we do this largely outside the ice by building the right muscles to become a hockey player. To throw in another torch, to run up a slalom slope or to run in the running track are not hockey muscles. When we built the Ferrari engine, we time and set it up to be explosive, hockey-resistant, etc.

Then we apply individual tactics and team tactics, all the small details in the interior that make us efficient, just like an efficient gearbox, lighting, air conditioning, etc.

To create the perfect sports car or hockey player, all parts must sit together.

Individual training that comes from your own inspiration

One area that differs greatly compared to when I grew up was that we "played" hockey and other sports all the time. On the street every day it was field hockey, soft tennis, soccer etc. A forum where there were no rules but I as an individual had to use all my creativity to win. If I failed, I had to change myself in the way I thought was right. I did it with my friends but also myself, there was hardly a day that went by without my Edmonton Oilers shirt on and I played with a ball or a puck.

Much of this perspective is gone for today's generation and I think we need to try to inspire future players to do it again. It is a component that is not available in organized team training.

How is not easy to say, but we in the adult world must get involved to make the children understand how fun it is, how fun it is both to do it with friends but also ourselves. That it is fun to do something yourself that makes you grow and become proud. That it is not ugly but on the contrary something you should be proud of if you want to train yourself.

We are passionate about player development

If you read all the way here, I thank you for your interest. I would like to remind you that there are always different perspectives and that it enriches that we think and feel. That conversation creates development, while silence does the opposite.

If you want to be met by a leadership like the one I describe, I recommend you sign up for one of our Summer Camps. A week in the hockey metropolis Rimbo is the perfect environment to be inspired and challenged. I hope to see you this summer.